Hovercraft crafting at Drink Shop & Do

Earlier this month, I joined a table of fellow geeks to craft hovercrafts at Drink Shop & Do. The event was run by Science London (the London branch of the British Science Association), who regularly host science craft nights. Dan had been before, and encouraged us all to go.
I forgot my camera and my phone battery died, but Dave and Dan had non-dead phones so they took all the following pictures: 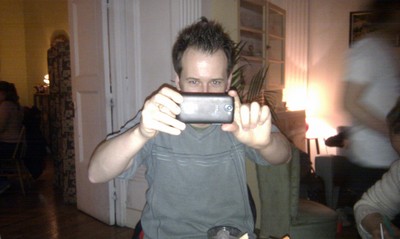 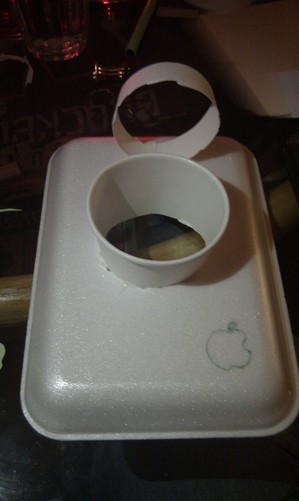 To make the hovercraft, we each got a styrofoam tray (think supermarket meat) and a paper cup. That’s all you need for the basic model. Cut a hole in the middle of the tray, cut a big ring out of the cup, put the ring in the tray, and it’s a hovercraft! If you blow in the cup/hole, the air will lift the tray and it properly hovers above the table. 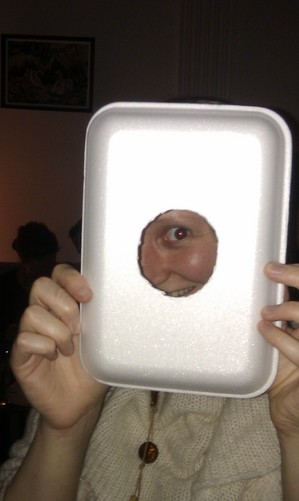 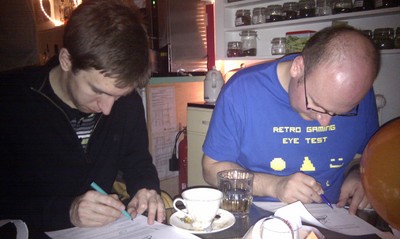 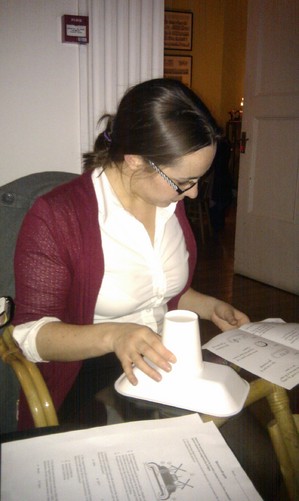 To make it more crafty, we also got decorations, and to make it more scientific there was a quiz about hovercraft. Did you know, for example, that one of the prototypes of a working type of hovercraft was made from a coffee can and a cat food can? 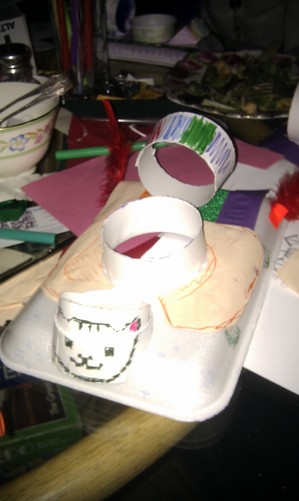 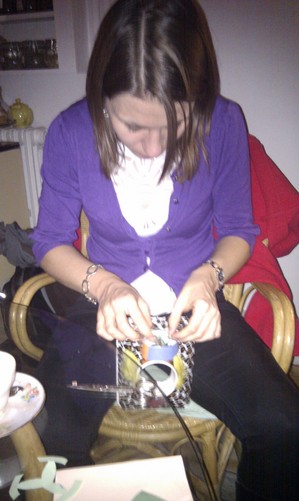 Ours were made from paper and styrofoam, and feathers, and coloured paper, and glitter, and glue…. 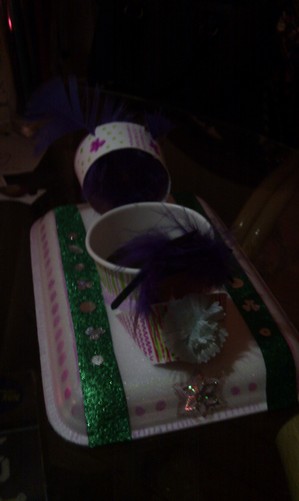 (Here’s mine)
And finally, click this to see a photo of all of us, racing the hovercraft on the table.

This was such a fun evening! Thanks for blogging about it. Here’s "Henry the hovercraft" that Michelle and I created 🙂

How do the decorations affect the movement of the hovercraft? Presumably if it’s more weighed down on one side, that would change the movement. But I’m not a God; physicist, so I couldn’t say more.

They did affect it a bit: we had to make sure there was about as much weight on either side, and not put too much on. Mine ended up being a bit too heavy on one side. It still moved, but it was dragging instead of neatly floating.

YES! I was waiting for this video, because it was so obviously going to happen. The Bon Appetit Test Kitchen chefs… https://t.co/QUAnq0bOTv

Reply Retweet Favorite
My very favourite London bookstore (it's a boat!) has started a delivery service so you can still buy books from th… https://t.co/chaATjwPj7

Reply Retweet Favorite
I don't qualify for this scheme, because I started full-time self-employment in November 2018, so more than half of… https://t.co/hY5qpYFKYw