Science and the rest of life 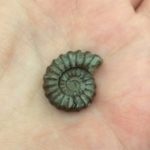 Last week was the annual ArchWay With Words literary festival in North London. Just in its third year, it’s quite popular already, and booklovers from all over the city have attended author talks. The programming is varied, and there are talks about all kinds of books and on all kinds of topics. Like last year, the festival featured several science-related talks. That’s great, because the audience of a literary festival won’t be exactly the same as the audience of all the usual science talks in London. New people are coming to science talks, and some science fans might attend their first literary festival. It’s an opportunity for science and scientists to mingle directly with a new audience, and it’s an accessible way for many other people to talk and think about science.

One of this year’s science-themed events at the festival was Simon Singh, who earlier that very same week spoke out against various art and science collaborations, which would have all had the same effect as his own talk at the literary festival in getting new people to get in touch with science.

I have to say that I haven’t been able to hear Singh’s talk first-hand: Although his talk at the 2:AM Altmetrics conference in Amsterdam was recorded, the recording is not available online. I had to get the message second-hand, from the Times Higher Education piece and from other attendees, but from all accounts it sounds like he wants science outreach to mainly be cheap and direct educational content, like YouTube videos.

I love YouTube, and I agree that it’s a great way to provide science content, but the audience is “people who watch science videos on YouTube”. These people already have a basic interest in science, and are curious for more. They’re awesome, but they’re not the only audience out there.

Not everyone is interested enough in science to look up science videos. Some people don’t ever think about science at all. Should they learn about science? They probably won’t enroll in a science degree, but should they not at least be aware that there are scientists out there who are more than the mystical and nameless “scientists” who newspapers report on daily as “being one step closer to a cure” or having “discovered interesting new evidence”?

If people who don’t engage with science daily don’t know any scientists and have never seen any, science turns into this weird distant thing that isn’t important to their lives. But it is! That is why scientists and science communicators need to show their face at literary events, and why they should collaborate with fashion designers, choreographers,  photographers and other artists. It doesn’t reach everyone, and people who attend literature and arts events are by no means a cross-section of the whole population, but they are AN audience (just like “science video watchers on YouTube” are an audience). Other audiences have other channels to connect with science, and not all audiences are future scientists. Science affects everyone in some way or another.

Art projects might not always be neatly packaged and easily measurable science communication, and yes, it might be expensive, but a ballet about Einstein would not cost more than any other ballet and a portrait series about mathematicians is no different from a portrait series about any other group of people. Despite a recent rough patch in the global economy, art continues to be made and funded.

We can’t control what art artists make on their own accord. Sometimes it’s science-themed, sometimes it’s not. What we CAN do is try to make sure that the people who enjoy the art have access to information about the science or scientists that inspired it, or commission a specific science-themed work from an artist. Those things can cost money. It might be a lot, or it might be little, but all of it goes towards humanizing science and making it a valid part of our broader culture.

(Image: I got to hold a fossil at one of the book talks at ArchWay With Words this week. Here it is in my hand, before I passed it on to others in the audience: humanities students, retired people, avid readers and various others just checking out this local book event.)

Science at ArchWay With Words

Making science open to everyone

Thanks for your comments, but I think you (and many others) have misunderstood my views. I am sorry that the original talk is not online, but it includes some copyrighted material which passes FAIR USE in a lecture hall, but cannot be broadcast online. I was not aware that talks were being recorded/streamed, as I would have changed my talk to make it appropriate.

I made several points in my talk. For example, I spoke about the role of academics in science engagement and whether too much was being expected of them.

However, I also spoke about the wider science engagement community, and the key misunderstanding in your blog is: “he [Singh] wants science outreach to mainly be cheap and direct educational content, like YouTube videos.”

Also, you wrote: “One of this year’s science-themed events at the [Archway With Words] festival was Simon Singh, who earlier that very same week spoke out against various art and science collaborations, which would have all had the same effect as his own talk at the literary festival in getting new people to get in touch with science.”

Again, the key issue is cost-effectiveness. The tooth palace cost £40,000 (at least) and the Einstein ballet cost £30,000 (at least) in subsidies. I charged £130+vat for my Archway talk. Tickets were £5 and £2. Books were discounted to half price. The audience was about 140. I think the event probably made a small profit. The event was not a lesson on cryptography, but rather it was a about how maths and technology influence history and vice versa. I suspect that a quarter of the event was driven by questions from the audience. The audience was also able to see an Enigma machine being demonstrated.

As a final thought, it is interesting that a short report of an informal lecture given at conference in Amsterdam has stirred up such a lively a discussion about science engagement. Is that because there is very little criticism of science engagement? Has science engagement become a sacred cow? (Initially, I had typed “scared cow”.)

Were one to show the Einstein ballet to an audience who had no prior knowledge of it, would they be able to discern that it was about physics, and would they gain any appreciation of physics from seeing it? If the answer is (as I suspect) “no”, in what way is such a thing science engagement?

They won’t have learned any physics from the ballet, but as Science Viking points out below, it’s about making people curious about science and getting them to think about science in general (remember: they might NEVER do that otherwise!)
It’s not science education, but I think science engagement is about more than that.

I used to do science shows, but no more. I’m not totally convinced that they are a good form of science communication. Now I concentrate on historical topics, like old manuscripts, Vikings and alchemy. But in each of my displays and workshops there is a large amount of science. Alchemy is about the history of chemistry. Vikings is about the physics of weapons and medieval technology. My Lindisfarne Gospels workshop is all about the chemistry of inks and pigments.

Arts, Humanities and Sciences are all very much linked and by combining them you can open up far more people to the beauty and utility of science. I don’t charge much more than Simon for doing them, although I’m there for a whole day rather than just a couple of hours.

Blatant advertising aside, to separate sciences out from the rest of life puts off a lot of people. A £30,000 ballet about Einstein may sound like a lot of money, but how many people got to see it? And even if they didn’t learn much about Einstein himself, maybe some of them were inspired to go and find out more. Good public engagement isn’t just about filling peoples’ heads with loads of facts, it’s about inspiring them to find out more on their own. Is good value for money just about cost per head of audience to put on the production? Or is it more about having 10,000 people come see it and having just one of those people become inspired and making an immeasurable contribution to society later in life? I suppose it all depends on your idea of value for money.

Getting people who are only interested in the Humanities interested in Science can be very difficult. That’s why it is very important to combine them whenever possible, such as this story about the discovery of a possible new MRSA antibiotic discovered in a 1000 year old Anglo-Saxon medical remedy book at the University of Nottingham. Great discoveries can be made when the Sciences and the Humanities work together. If we don’t give the artists and lovers of the humanities an interest, or even recognition, of the Sciences, we could be losing a very valuable human resource.

My favourite feedback from one of my historical displays was a 14 year old boy who was watching my Viking weapons display come up to me afterwards. He was learning about levers at school and told me I had helped him understand where his teacher could not because, although I was doing a history display I was explaining it in scientific terms. I think I earned my money that day.