Top Posts
New on Mixture, writing tips, and other updates
Mixture (the newsletter) got an overhaul
What’s next for easternblot.net?
Twenty years later: My 1999 human genome op-ed
What the zoo can do for you (and...
Book box DIY project
Making science art in Sims 4
Alternative periodic tables
Share Your Sci website is now live!
Launching soon: Share Your Sci
Home Science EverywhereScience at home Cat genetics and the cat genome
Science at homeScience Everywhere

Cat genetics and the cat genome 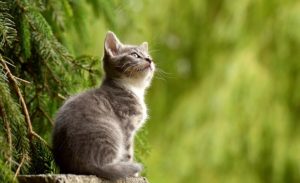 According to a study lead by Dr. Johnson from the Cat Genome Project, the ancient ancestor of all 37 cat species originated in Asia and migrated across the globe, developing into the big and small cats we know today, from lions to domestic cats.

Several years ago I saw something on a TV program about the genetics of local domestic cat populations. The cats in New York City were found to be genetically closest to the cats in Amsterdam, rather than cats in nearby American cities, because the first domestic cats in Manhattan came from Dutch settlers’ ships. However, the only reference I can find to it anywhere is a mention on the website of the North Dakota/Minnesota Cat Coat Color Genetics project. Perhaps the 1966 paper “Gene Frequencies in the Cats of New York City” is the original source, but there is no abstract.

Cat genetics are quite intriguing, and cats are being used as an aid to teaching genetics. For example, calico and tortoise-shell cats are often used as example in explaining the concept of X-chromosome inactivation.