TEDxAlbertopolis – Evolution of the Lindy Hop

TEDxAlbertopolis at the Royal Albert Hall last month was amazing and overwhelming, so I waited a few weeks until after the event to decide what my favourite talk was. There were a lot of great ones. The talk by Jessica Thom about Tourette’s Syndrome was the most popular both at the event and online, and Sally Davies’ warning about the imminent danger of widespread antibiotic resistance was the most important, but I think my favourite was Ryan Francois’ talk about the Lindy Hop.

Before watching that talk, I didn’t know much about the Lindy Hop beyond the fact that it’s a dance. In just a few minutes, I learned that the history of how the dance spread is amazing, and involves both purposeful training to bring the dance to other countries, as well as the internet. The web didn’t just help to spread the dance, though, but it also stripped it of features that had evolved independently in different countries around the world. Watch the talk, it’s worth it, even if just to see the crazy Swedish interpretation of the dance! 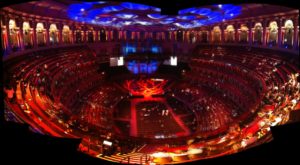 Stitched panorama of the Royal Albert Hall during TEDxAlbertopolis

The science that didn’t make the news

Kurt Vonnegut once said that the simple shapes of stories could be analysed by computers. This has already been don… https://t.co/PeYyM9JBDE

Reply Retweet Favorite
Not at all surprised, knowing that Switzerland also didn't give women the right to vote until 1971! (Yes, really! L… https://t.co/CfQIyaPKhf

Reply Retweet Favorite
Not my beat (I cover bio/chem/enviro/sciart/edu so pretty much everything else!) but I figure this could be of inte… https://t.co/hcp8jpsDSA

Reply Retweet Favorite
What's that mystery mold growing on your valuable painting? I wrote about a new study that tested whether DNA seq… https://t.co/kaUyRW4NBF

Reply Retweet Favorite
Can I get paid in 50p coins instead of electrons? https://t.co/mfVmrQE1s5