The cards were co-authored with Phil Plait and Zack Weinersmith (who did the cover art for the pack). 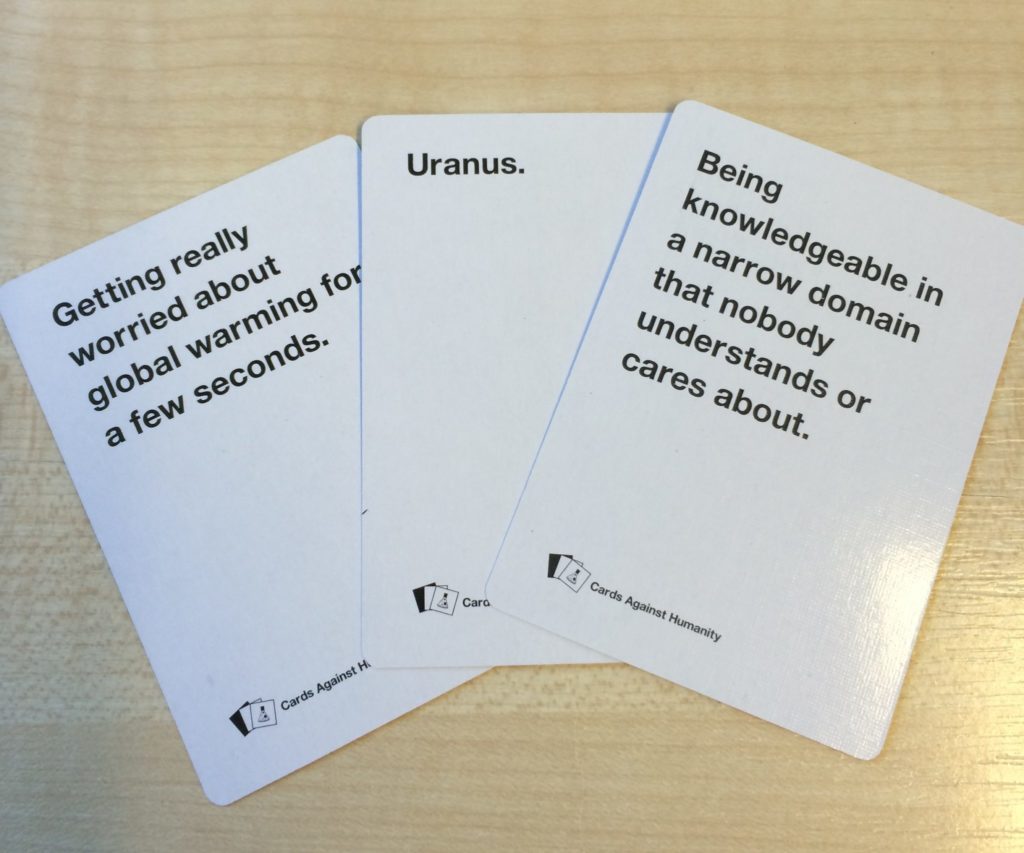 Each science expansion pack has 23 white cards and 7 black cards.

They need the original game to work well, but I did find one mildly amusing combination within the expansion pack:

Can my cat see the rotating snake optical illusion?