Top Posts
New on Mixture, writing tips, and other updates
Mixture (the newsletter) got an overhaul
What’s next for easternblot.net?
Twenty years later: My 1999 human genome op-ed
What the zoo can do for you (and...
Book box DIY project
Making science art in Sims 4
Alternative periodic tables
Share Your Sci website is now live!
Launching soon: Share Your Sci
Home Science in Art & CultureMusic Daniel Levitin at BBC Proms
MusicMusicians and Scientists

It’s BBC Proms time again! Every summer, the BBC hosts several weeks of concerts at the Royal Albert Hall, culminating in the popular Proms in the Park event. Last Friday was the First Night of the Proms, and on Saturday afternoon, I made my way to South Kensington to attend the next thing on the programme: a science lecture.

Neuroscientist (and former music producer) Daniel Levitin has written extensively about music and the brain, and was invited to speak at the Proms about some of the ways the brain processes music. 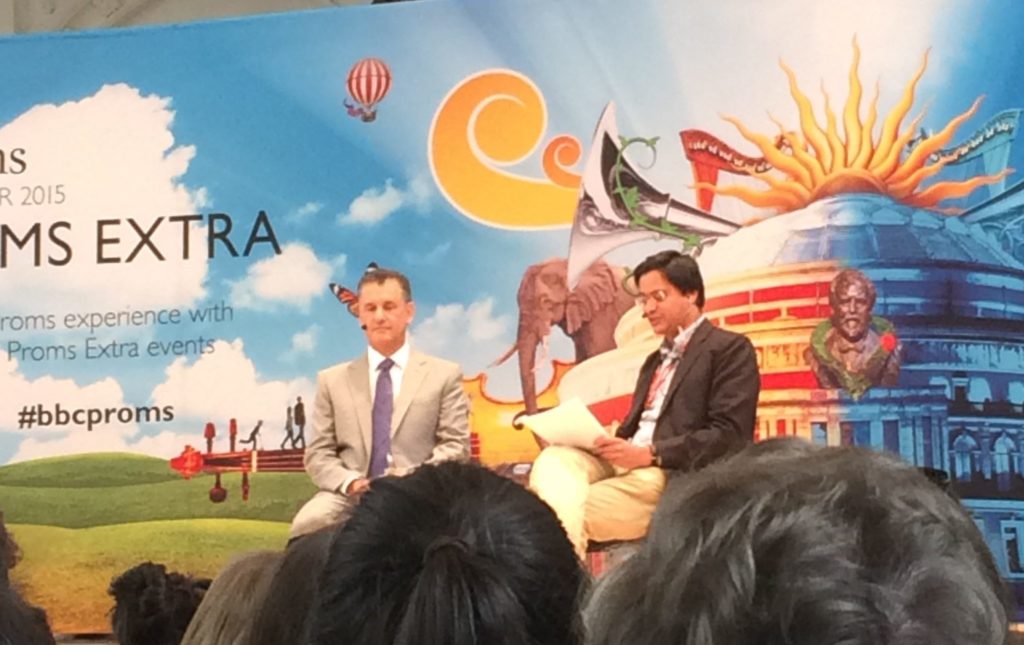 In his talk, Levitin explained how we can distinguish music from non-musical sounds, and how different parts of the brain detect and process loudness, pitch, duration and timbre of musical notes. He also introduced us to Brodmann Area 47 – a part of the brain that tracks expectations. This area is active when people are trying to predict what comes next in a piece of music. A good piece of music contains some predictable elements, so you have a frame of reference, and will occasionally divert from that.

Last week, Levitin outlined in a Guardian article how, later this Proms season, the Aurora Orchestra would be playing Beethoven’s Pastoral Symphony without the aid of any sheet music in front of them. In his Proms lecture he also talked about this orchestra’s feat, and summarized the three hooks they use to help them memorize the symphony: auditory memory, motor memory, and ensemble cues. The latter means that not every individual player has to memorize everything. Instead, they use cues from other players to help them remember.

There was plenty of audience participation in the lecture. We sang the opening notes to Beethoven’s Fifth, completed melodies, guessed songs based on hearing less than a note of it, and learned how we were able to recognize familiar pieces of music even if they were played on unfamiliar instruments – like a table saw.

It was an entertaining lecture to attend, and if you’re quick, you can listen to it yourself: The entire talk was broadcast on BBC Radio 3 that same evening, and is still available online until August 17.