Top Posts
New on Mixture, writing tips, and other updates
Mixture (the newsletter) got an overhaul
What’s next for easternblot.net?
Twenty years later: My 1999 human genome op-ed
What the zoo can do for you (and...
Book box DIY project
Making science art in Sims 4
Alternative periodic tables
Share Your Sci website is now live!
Launching soon: Share Your Sci
Home Science Communication Busy, but organised
Science CommunicationScience life and careers 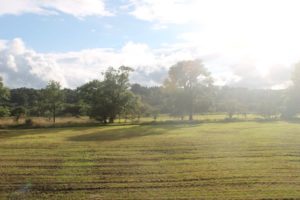 I haven’t done a general update in forever! I’ve been busy (but organised) lately, so this is as good a time as ever for a catch-up blog post. Here’s what I’ve been up to.

One of the main things I’ve been busy with at work is the Transforming Genetic Medicine Initiative (TGMI). This is a Wellcome Trust-funded project involving a group of clinicians and scientists who want to make sure that genetics becomes a streamlined part of medicine. We launched a website earlier this year, and since June we’ve been posting weekly blog posts about topics related to genetic medicine. We also have a mailing list and a Twitter account, so if you’re at all interested in genetic medicine, and want to help us think about it, you now know where to go.

My YouTube channel can be a bit chaotic, with random vaguely science-themed videos mixed with travel videos, but I’m doing something structured with it now. I’ll post a new video every two weeks from next week until the end of the year, in which I discuss science in books. I did a few of these videos last year, and the style is pretty much the same, but this year I have a title screen and a jingle made just for me (by Sam) and a regular schedule, so it’s all a lot more organised. Subscribe, as they say on YouTube.

The latest Doctor Who Fan Orchestra video dropped a few weeks ago. This time, we tackled the theme music from the episodes with Donna Noble as companion, so it goes from upbeat jazzy to emotional “saving the world” pieces. As with all DWFO videos, everyone recorded their own parts at home but the final compilation is a proper symphony.

My regular orchestras, where people rehearse all in the same moment in time and space (how quaint), start again next month, so violin-playing will move in high gear, with concerts in November and December. If you’re in London, make sure to follow me on Twitter to find out when they are, because I’ll likely not mention them on the blog again.

There should also be a new issue of the MusiSci newsletter out in November. Some of the archives are now online, so you can have a look at old issues. If you like getting quarterly updates about the overlapping worlds of scientists and musicians, you can sign up now and get the November one when it comes out.

Lou moved to the USA, but we managed to arrange a virtual MySciCareer meeting. In the past few weeks, we posted two new career stories on the site every week. Follow us on Twitter or check out the site to explore careers for people with science degrees.

In between all these other things I’ve also been writing. I’m working on a few projects I don’t want to talk about yet because they might not all materialise, but I had an article about Pokemon Go and wildlife education on BOLD Blog recently, and I have a different science/pop culture piece coming out elsewhere before the end of the year.

It might not sound like it, because I don’t talk about it much, but writing has actually been taking up most of my spare time. A bit more than music and much more than my online side projects. It just isn’t as visible.

I’ve always functioned best with physical to do lists on paper. Crossing off what I’ve done makes me feel much more accomplished than tapping a screen. I usually try apps for a bit and then lose interest and motivation. They don’t capture my attention in the way I need a to-do list to connect with me.

The thing that has stuck with me is bullet journal, which is basically a structured way of keeping to-do lists on paper. I’ve been using this method since July, and it’s perfect for me. My time management and activities are unstructured by nature, and don’t fit nicely into boxes, so a method where I can just make lists as long or short as I need them to be (and can doodle and take random notes and make spreads for all my side projects) is ideal.

I’m also trying to be super effective with my time, because my schedule is so full. I wrote this post on the train to and from work yesterday, and edited/uploaded it in a pub while waiting for other people. When it was done, I could tick off a few items in my bullet journal and feel good about myself.

So I’m busy, but organised. The busy-ness will last until the end of the year at least. I can only hope my newly found organisation skills keep up.

Photo: One of my favourite photos I took this summer.

What kind of book is a science book? – SciBookChat