A few weeks ago I wrote a blog post called “Why are so many scientists also musicians?”

I closed that by saying “I think that the question of why there is a lot of overlap between musicians and scientists is not the most interesting question. Much more interesting would be to ask how music and science can benefit from having people interested in both areas.”

On March 13, I gave a talk at Futurepub in which I gave some examples of ways in which musicians and scientists are already working together, taking advantage of having people in their midst who are connected to both fields. 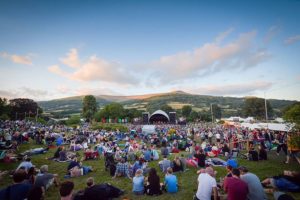 Examples of musicians and scientists working together:

-There are fields of research, like neuroscience and acoustics, where musicians collaborate on scientific research.

-At several music festivals in the UK, scientific societies or universities set up booths where people can learn about science or do experiments during the festival. Green Man festival has an entire area, Einstein’s Garden, devoted to science.

-In the US, Chris Emdin introduced the use of science rap battles as a way for students in New York City schools to engage with scientific topics. He even got Wu-Tang Clan’s GZA on board. The project caught on, and is now also being used in other schools.

-Willy Nelson raised money for stem cell research, which the University of Texas Southwestern Medical Center at Dallas used to fund a research position. The Annie and Willie Nelson Professor of Stem Cell Science is Eric Olson, who is himself also a musician.

-From 1958 to 1998, the BBC Radiophonic Workshop was a department of the BBC that developed experimental music. Their most famous tune, the theme from Doctor Who, was arranged by Delia Derbyshire, an engineer and musician, based on Ron Grainer’s original composition.

So many other examples!

There are so many other examples I could have picked. One that I regretted having to cut from the talk (which already went over time – sorry!) was jazz legend Herbie Hancock’s proposal to merge math and music education.

Do you know any other great examples of musicians and scientists working together on a project? Let me know!

And if this topic interests you, sign up to the Musicians and Scientists newsletter. It only comes out 4x per year. The next one is in May.

In case you were curious what I listen to while working. Lately it's been this playlist. It's a work in progress. I… https://t.co/Ga3vrTN0om

Reply Retweet Favorite
When people post screenshots online and you can see that they've set their default browser or phone font to somethi… https://t.co/HUzUwrUPoX

Reply Retweet Favorite
My monthly newsletter "Mixture" is on the way to its few hundred subscribers, but I think this was a really good is… https://t.co/KGKovP1wDx

Reply Retweet Favorite
Opportunity for budding science writers! I never interned for them but The Scientist published my very first freela… https://t.co/NqU2K1U02S