Top Posts
New on Mixture, writing tips, and other updates
Mixture (the newsletter) got an overhaul
What’s next for easternblot.net?
Twenty years later: My 1999 human genome op-ed
What the zoo can do for you (and...
Book box DIY project
Making science art in Sims 4
Alternative periodic tables
Share Your Sci website is now live!
Launching soon: Share Your Sci
Home Science Communication The Big Bang Theory: hated by some, loved by many
Science CommunicationScience in Art & CultureScience on screen

The Big Bang Theory: hated by some, loved by many

We don’t all like the same things. Last week, The Big Bang Theory announced that the upcoming season will be its last. I found out on Twitter, where scientists were celebrating the loss of the show with its stereotypical characters. But over on The Big Bang Theory Facebook page, the show’s fans reminisced about the great times they had while watching their favourite show. They left messages about feeling cheered up by the show, even during difficult personal times, and watching it with their friends and family. 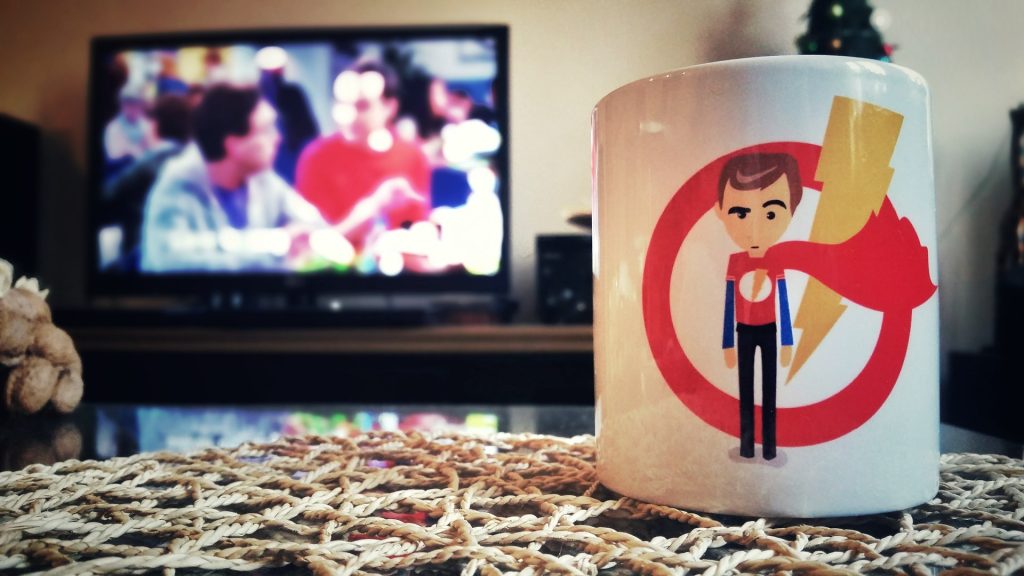 Even if you may not like it, it’s an undeniably popular show. I haven’t seen much of it past the first few seasons, but the past six seasons have been more popular than ever. They each had more than 18 million viewers on first airing. There have even been some minor indicators to suggest that the show has directly led to more students enrolling in physics programmes at university. Whether that effect is real and sustainable is controversial, but it shouldn’t matter, because the goal of The Big Bang Theory was never to get more kids into science. The goal was to entertain people. It’s a sitcom that just happens to be about scientists.

The scientist next door

There are very few popular TV shows with scientists characters where their role isn’t a plot point. Think about the scientists characters you see in most shows: They’re often solving crimes, or uncovering mysteries.  They’re defined by their job. You rarely see a show where scientists just happen to be someone’s friend or neighbour.  In The Big Bang Theory, most of the action takes place at their apartments, and the interactions with non-scientist neighbour Penny are a much bigger driving force of the storyline than what they actually do.

Back in 2006, before The Big Bang Theory existed, I lamented in a post on this very blog that Ross from Friends was the only character on TV who just happened to be a scientist for no plot-related reasons.  But Ross surely didn’t do much for the way people perceived paleontologists. Nobody liked Ross. He was the butt of many jokes in the show, and a total bore. Ross was clearly the least popular of the group. Exactly what people would expect someone’s scientist friend to be, right?

But The Big Bang Theory showed likeable scientists. They were geeky and awkward, but also friendly, funny and young. They may have made people think that all scientists like going to Comic Con and geek out over Star Trek, but I think this is better than if people don’t think about scientists at all or if they think that they’re all old white men with wild hair – or even Ross from Friends.

Behind the scenes, a real physicist made sure that nothing in the show’s science storylines was too absurd. I had the pleasure of interviewing David Saltzberg for an article I wrote for Nautilus a few years ago. He has been the science advisor for all seasons of the show, making sure the physics is as realistic as possible. If the science veered away from his own specialty, he got outside help. He called on Breaking Bad‘s science advisor Donna Nelson for a chemistry storyline once, and all the biology advising in later seasons was done by Mayim Bialik, who plays Amy on the show and also happens to have a PhD in neuroscience.

They’ve had science celebrity guest stars. People like Neil deGrasse Tyson, Bill Nye, and Stephen Hawking have all been on the show. These are people who are popular among their own audience, but theirs is usually an audience that seeks out science. Now they appeared in front of an audience that seeks out sitcoms. It’s the kind of opportunity that many science communicators can only dream of, to reach out to so many people outside of your usual bubble.

The goal of The Big Bang Theory has never been to educate people about physics or to get more science students. The goal is to entertain people, and it has managed to captured a massive audience. Maybe you don’t like the show, but millions of people do. And after this next season, who knows when they’ll see scientists on popular sitcoms again?