Top Posts
New on Mixture, writing tips, and other updates
Mixture (the newsletter) got an overhaul
What’s next for easternblot.net?
Twenty years later: My 1999 human genome op-ed
What the zoo can do for you (and...
Book box DIY project
Making science art in Sims 4
Alternative periodic tables
Share Your Sci website is now live!
Launching soon: Share Your Sci
Home Science EverywhereTravel & places Why scientists travel the world
Travel & places

When I first started out in science (way back in the previous century) I didn’t quite realise how much scientists travel. I worked in a lab-based field, and I was aware that some other types of science involved going outside to take measurements, but I never considered all the other reasons why scientists might need to go to other countries. 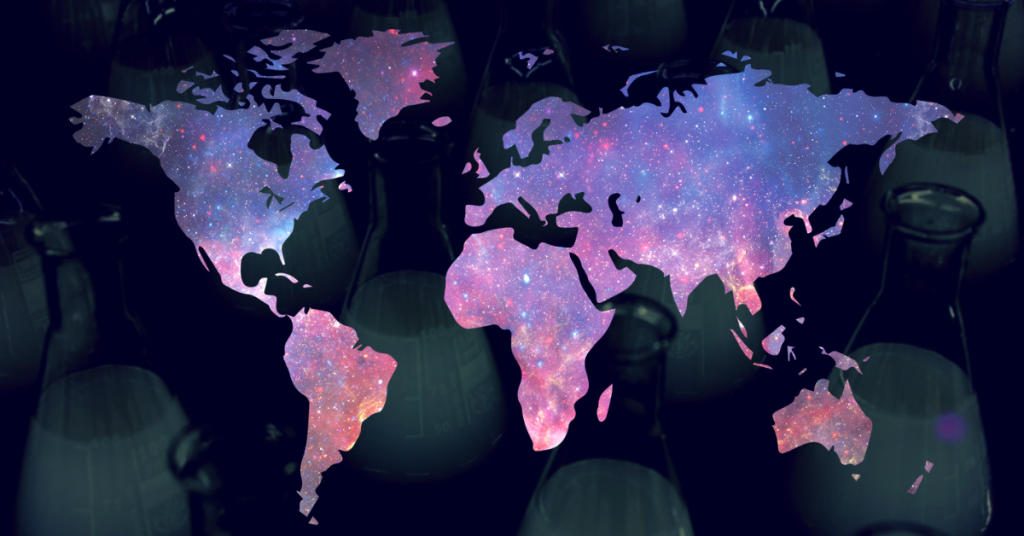 Some types of resarch require scientists to go to specific locations to collect data on geology, local biology, air quality, or other types of measurements that are very location-specific. These can involve international travel, if the researchers are comparing measurements from different locations, or if their research subjects only exist in certain parts of the world. If you study the Arctic, you have to go there. If you study marsupials, you’re probably going to need to visit Australia at some point.

This might be the main reason for most scientists’ international travel. International conferences are an opportunity for researchers from around the world to get together and share ideas. They give talks and present posters on their work, to an audience of other scientists. This is often the place where scientists meet other people with similar interests, and start collaborations. That leads me to the next reason for international travel.

Researchers that collaborate with groups in other countries may need to visit each other once in a while to make sure they’re all using the same methods, or to catch up more effectively than can be done over Skype. These visits can take a few days or a few weeks. In some cases a PhD student or postdoc may even spend a few month in another country to carry out part of the research with a collaborating group.

School never really ends for scientists. Every once in a while they need to learn something new. Either the take their research in a new direction and need to pick up a few new skills, or new developments in their own fields are happening so rapidly that it makes sense to spend a few days at a workshop with other scientists. Because the work is so specialised, there may be few relevant workshops in the whole world. Scientists have to travel to where the workshop is held. That might be in the USA, in Germany, in China, or another country with many scientists.

Research topics are so specialised that there are often only a few places in the world that have experts on a certain topic. To find a job in such a narrow field, scientists often have to be apply to jobs in other countries. While it’s cumbersome to have to move to a new country every few years, it may be the only way for a researcher to be able to focus on their field.

It also helps scientists develop and share their expertise. If you get an undergrad degree in India and then a PhD in the USA and you eventually do a postdoc in Sweden before returning to India to become a professor, you bring knowledge with you – and learn new skills – everywhere you go.

What happens when scientists can’t travel?

Scientists need to be able to travel anywhere in the world to stay at the top of their field. Unfortunately, this isn’t easy for everyone. Family situations or personal health may put a scientist at a disadvantage when they can’t travel as much or as far as their colleagues.

Another big disadvantage for many scientists is the country where they were born. People of certain countries have a much more difficult time crossing borders than people from other countries. In 2017, the US government imposed a travel ban that prevented citizens from seven countries to enter the United States. When it comes to science, the US travel ban particularly affected Iran, a country with many talented scientists.  Medical experts from Sudan were also affected, by being unable to attend relevant public health conferences in the USA.

The website Banned Scientists has collected many of the stories of researchers who were affected by these travel restrictions. They often suffered delays in their work, and lost collaborations. (A more recent version of the travel ban excludes Iranians on study or work exchange visas, which would allow travel for those academics. Sudan was also removed from the list, but other countries are still affected.)

It’s not just the US that makes it difficult for scientists to visit. Currently, the UK is a few months away from Brexit. After this time, it will be significantly more difficult from European researchers to work in the UK, and for British researchers to work elsewhere in Europe. Stories of European academics unable to enter the UK are already starting to pop up, and many EU researchers have left good jobs in the UK because their future in the country is (still!) uncertain.

Science is a global endeavour

If researchers all worked in the isolation of their own country, they wouldn’t be able to share the ideas and knowledge that helps every country’s research progress. The internet can help bridge some of that gap, but ultimately, scientists need to attend international conferences, share skills, and do field work. Scientists need to travel.