Top Posts
Mixture (the newsletter) got an overhaul
What’s next for easternblot.net?
Twenty years later: My 1999 human genome op-ed
What the zoo can do for you (and...
Book box DIY project
Making science art in Sims 4
Alternative periodic tables
Share Your Sci website is now live!
Launching soon: Share Your Sci
How science got its start in art: Science...
Home Science EverywhereScience at home Owl’s lament, or why I’m not a morning person
Science at homeScience Everywhere

Owl’s lament, or why I’m not a morning person 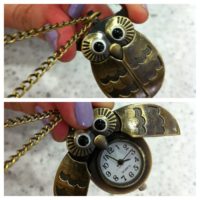 At 11 PM my iPhone buzzed with Bedtimebot’s first tweet of the night. It’s a Twitter bot created by a friend after I mused that there should be a bot that sends me to bed on time. Bedtimebot tweets at me every fifteen minutes between 11 PM and 1 AM, reminding me that the day has ended, but often I’m still awake well past the last reminder.

I’m an owl. I don’t properly wake up until after lunch, and my most creative ideas and bursts of energy come after dinner.

There is a genetic basis for owlish behaviour, which translates to some people being owls, like me. We can stay up late, but not get up early – even if we’ve gone to bed on time. Larks, on the other hand, get tired early at night, but are up with the sun all cheerful and ready to start the day. (Or so I gather. I have never been awake myself to observe it.) There are many different ways to identify whether you’re a lark or an owl.

This owl was raised in a family of larks. When I was at university, I would often still spend the weekend at home. I’d wake up at about 9AM on Saturday morning in my parents house, and I’d hear nothing. The house would be entirely quiet, until suddenly the front door would open and my parents would walk in, talking loudly, dragging shopping bags to the kitchen, walking back and forth, calling me until I would come downstairs, and as I quietly sat at the breakfast table, still unable to converse in anything but hoarse grunts, my sister would come back from several hours of swimming practice. They had a whole life that I wasn’t part of: this crazy early Saturday morning swim-team-training and grocery-shopping life that happened entirely while I slept.

Missing out on mornings may not seem that important, but there are many other factors associated with the difference between owls and larks. Owls don’t wake up hungry, but are more likely to snack at night, which could cause health problems, and some negative character traits have also been correlated to owls. The most annoying problem for late-sleepers, though, is that the entire world seems to be run by people who have absolutely no trouble at all getting out of bed. No sensible owl would propose a 9-5 economy. 11-7 sounds much more reasonable.

I set my alarm to 7:15 every weekday. That sounds early enough to be at the office by 9:30, but in reality I often don’t get there until 9:45, because I don’t actually get out of bed when I should. It’s okay, I work more than enough hours, but it bothers me that I can’t just get up when the alarm goes off. I don’t think I ever get up before 8. I need a full 45 minutes to activate myself to a state where i can get out of bed.

Still, imagine all the things i could get done if i was out of bed by 6. I’d have a full three hours before I had to leave for work. I could write and clean and answer emails and read. It sounds so perfect. It’s so frustrating that some people can do this every day, without fail, and I can’t muster any activity past hugging cats and blankets and mumbling monosyllabic grunts before 8 or 9 in the morning.

I’ve optimistically set an extra alarm for 6 AM tomorrow, but I know I’ll just turn it off and fall back asleep.

I’m sure that Telegraph article was written by a lark. You can’t trust them: Who knows what shifty business they get up to in the early hours of the morning when any sane person is asleep?

Have you been listening to music during this pandemic? If so, you’re not alone. A study found that many have found… https://t.co/qRt87FiQAO

Reply Retweet Favorite
Mara are on the March Mammal Madness bracket! If you've ever been at Whipsnade Zoo in England, they're the funny li… https://t.co/LARfgR3wbT

Reply Retweet Favorite
In case you missed it (and you did, because I posted it at midnight on a Friday), there's a new Mixture up! My subs… https://t.co/hpGxG6mz6m

Reply Retweet Favorite
There, I said it. Scientists have an odd relationship with art. https://t.co/B7AFBE3FqW

Reply Retweet Favorite
I'm worrying that people will hate me because I make some generalisations about scientists in the next Mixture. So… https://t.co/e0Vm0kEukD